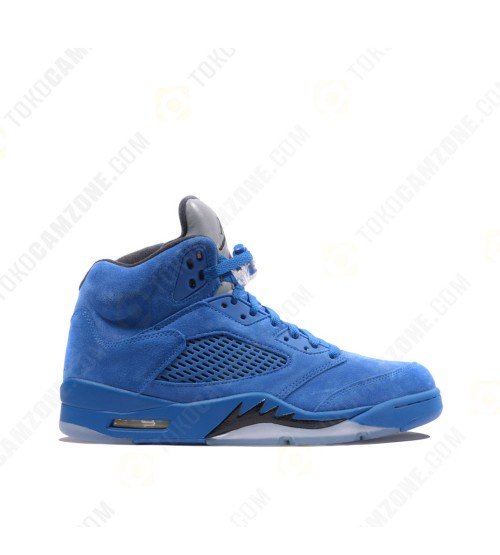 Nike Air Jordan 5 was released in February 1990. Four models of the Air Jordan 5 were released to the public. Original Air Jordan 5 Grapes Two models which are the Black/Black-Metallic Silver and White/Fire Red-Black had MJs number “23” on the side. Limited to only 100 pairs each, and were given to unfortunate kids or auctioned off as charity.

Air Jordan 5 was the first time anyone had ever molded foam into a shoe upper. The designer, Tinker, came to the conclusion that the way Michael performed was “like a Fighter Plane”. When the Air Jordan 5 5 was designed, the inspiration was “grey nurse shark” or Super marine Spitfire Mk VIII, which is a World War II British fighter plane. To add to the finishing touches of the shoe, Tinker added a reflective 3M tongue with Jumpman embroidery. This sneaker set new trends which we saw in later Air Jordan models